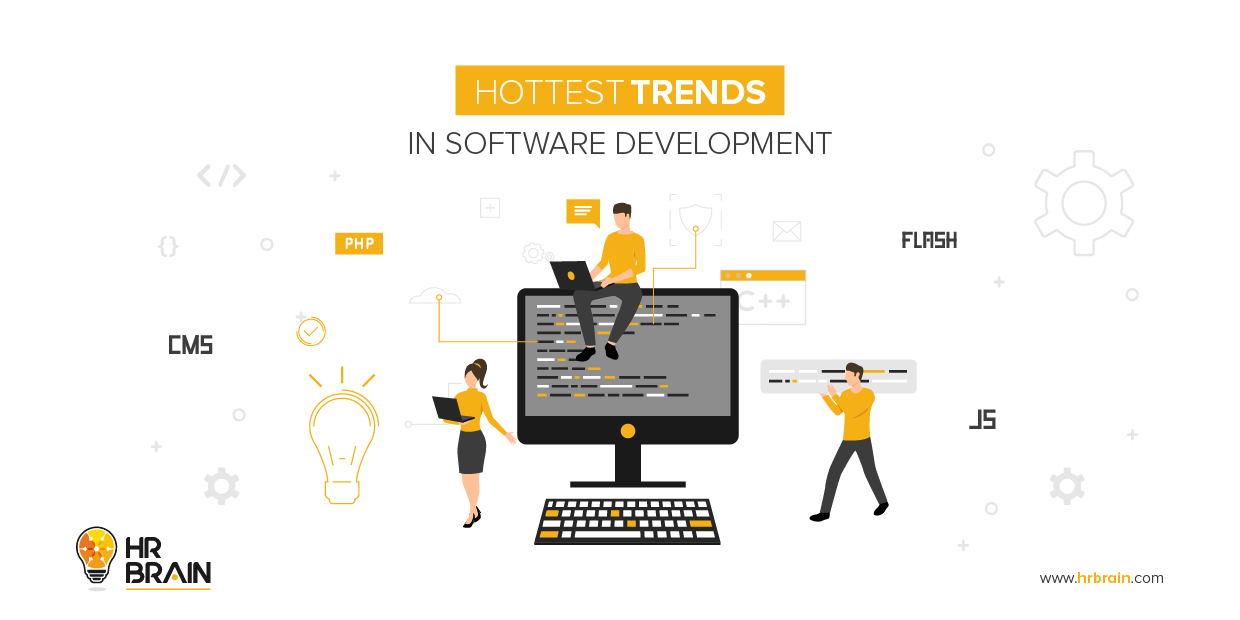 It could be the hundredth time you hear about Artificial Intelligence (AI) this week, but there’s a good reason that’s the case!

Over the past 5 years, AI and machine learning have advanced at a mind-blowing rate. As gimmicky as some people may claim, when used wisely, AI definitely produces some great results – especially with software development, it was predicted that AI tools alone will create more than $2.9 trillion in business value by 2021.

Well, AI can increase the efficiency and reliability of software development by:

Reducing cycle time through parallelizing and automating the testing.

Allowing machines to make decisions, like balance the computing power and the service loads, resulting in an “auto-scaling infrastructure”.

Enhanced data security is also one of the promising results of AI in software development. The system generally collects data from network sensors and the software installed for the end user. The AI helps us to investigate the collected data and raises flags on any abnormalities, avoiding delayed warnings.

Identifying bugs & errors is now easier! The integration of AI tools made coding less-stressful for the developers and tester, as they now don’t have to struggle when examining files that are loaded with bugs.

In the past, enterprise software was deployed on bare metal (an OS that fully controls the hardware lying beneath) or in a virtual machine that emulates the behaviors of a whole OS, which made updates and migration one hell of a job.

But now, with containers (Docker and Kubernetes), you can easily isolate an application, its dependencies – which are all of the external libraries that the application needs to run – from the underlying OS (usually Linux or windows) and all the other containers.

This results in an increased efficiency of system resource usage, an easier micro-services architecture approach, and high portability between environments!

The biggest difference between Docker and Kubernetes is that Kubernetes was made to run across a cluster, while Docker runs on a single node. If you have never worked with any of them, you’re missing out on numerous high-paying jobs!

Whether you like it or not, no one can deny how wearables have recently become an essential part of some people’s lives. While, the first thing that might pop up into our minds when we hear “IoT” is wearable technologies like the Apple Watch and other fitness bands, which contribute to the huge IoT ecosystem. Cars on the road, deep sea oil rigs – almost everything is collecting a massive amount of data, and IT organizations are currently exploring cheaper, and better methods to process all of that data, this is where Edge computing comes in.

Using a mesh of micro data centers to enable processing the data near the device, or at the “edge” of the network, saves money and time as it’s a better option than porting all the data into a specific centralized data center. This means that IoT devices will be able to make quicker, more accurate real-time analytics.

Let’s say you’re a project manager, and you need to build a mobile application for your stakeholders’ business. You can either hire two teams, an Android and an iOS development team, or just hire one team of developers, which one sounds like a more rational decision to make? There’s flutter, react native, xamarin and ionic!

Not only mobile app development, but developers nowadays build web apps that can work on any kind of operating system, if you haven’t built any cross-platform applications yet, once again, you’re missing out on a number of job opportunities!

Are you still worried about the budget approval for your new network equipment?  Cloud technologies allow small teams of developers to have access to enterprise-level technologies. They’re scalable, they save you tons of money, and their capacity is adjustable according to the number of users.

It’s truly a desirable skill nowadays, and whether you like it or not, at least one of the teams you’ll work with within the next few years will be using cloud technologies. You definitely don’t need to be a cloud architect to work with cloud technologies – some people get certified as “cloud practitioners” in less than a month, and AWS offers a free-tier 12 months account so you can get your hands dirty and try to deploy your first server on the cloud, here’s more on that.

Unlike waterfall methodology, enterprise-level development nowadays doesn’t just progress in one direction, all of the developers can be working towards multiple tasks. Now, there’s a whole team of developers dedicated to using/ creating tools that will speed up the development process, while the rest just do their regular coding. Resulting in a high speed, less-buggy delivery.

If you have a project in mind and still not sure who to hire, how to hire, and which technologies would be the most suitable, reach out! We’d be happy to listen to your desired business goal, or tech gap and provide a solution!

How to get incorporated in Canada
December 8, 2020