The Role of Women in IT 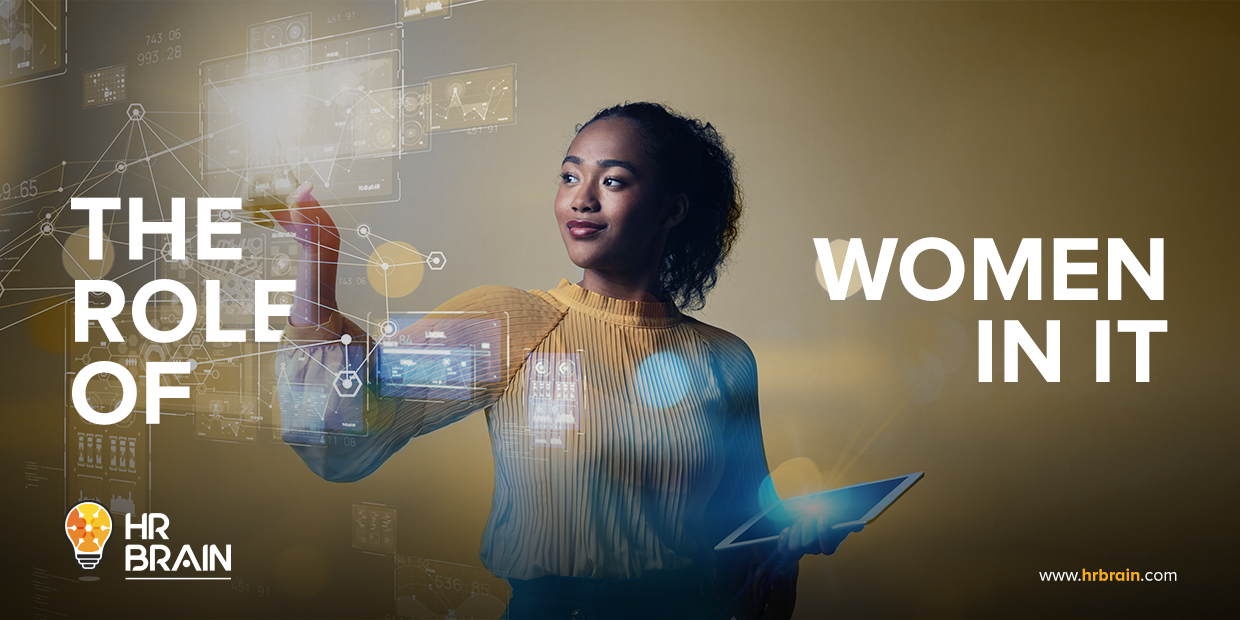 For many years, technology has been dominated by men. While female CEOs and executives remain the minority in I.T. as an industry, there have been improvements, yet many more to equalize the ratio are necessary. The percentage of female tech entrepreneurs has more than doubled in previous five years, rising from 9.5 percent in 2009 to 18 percent in 2014. Women are playing an important role nonetheless and there has been an increase in women joining high-level professions in technology with big global businesses such as Apple, Google, Microsoft, and Facebook – with female tech roles expanding faster than male positions within these corporations. The number of women working at Facebook, for instance, increased by 84% in 2015, compared to a 16% growth in males, while 83% more women joined Microsoft in 2015, compared to 17% of men. A prominent example: Susan Wojcicki, the CEO of YouTube since 2014, is one of the most visible female executives in technology. The improvements taking place are evident as women currently make up 20% of the founders of technology start-ups in the world. The most cities with female-founded tech start-ups are Chicago, Boston, and Silicon Valley, Montreal is the fifth city with the highest number of female-led digital start-ups, and Toronto coming in 8th.

It is also worth mentioning that today, women account for 7% of the world’s richest tech billionaires. Ever since technology was invented, women have played a critical part in the progress of technology and computer science. Grace Hopper, for example, developed the notion of machine-independent programming languages, which led to the development of COBOL, an early high-level programming language that is still in use today. Hedy Lamarr, an actress and inventor, submitted a patent for frequency-hopping technology in 1941, paving the way for Wi-Fi, GPS, and Bluetooth communication technologies that are today utilized by billions of people worldwide.

While the striving progress of women has improved and increased over the years, it was not always the case and we still have a ways to go. Because IT has been a male dominated industry, it was difficult for women to get jobs in tech as men were always given preferential treatment and the upper hand – not only within IT of course. 78% of women in tech feel they must work harder than their coworkers to prove their worth. Additionally, women in tech are 4X more likely than men to see gender biases as an obstacle when pursuing a promotion. This unfair treatment has resulted in women believing and reporting that they have experienced discrimination in the recruitment and hiring process and 50% of women overall reporting they have experienced unfairness during the job itself.

Things have improved, and as time has advanced we are seeing active improvements to support the improvement of the ratio of men and women within IT. In some places, of course, it is better than others, but in Canada, example, various awards and summits were created to shed some positivity on the matter. To show appreciation and respect for the hardworking women, the ITWC and the Women in Security and Resilience Alliance (WISECRA) honored 20 of Canada’s finest women working in cybersecurity across the business, governmental, non-profit, and academic sectors in July 2020. The honorees were chosen based on the number of nominations received from the Canadian security community and peers of excellent women in Canadian cybersecurity. The event included a video exhibition of the women’s achievements, a panel discussion about the challenges of the job, and sponsored breakout rooms where cybersecurity executives shared personal tales. In addition to welcoming Canada’s next 20 Top Women in Cybersecurity, the event featured a panel discussion where senior cybersecurity leaders shared personal stories about how they got into the field and the journey that led them to leadership roles. ITWC, in collaboration with WISECRA, organizes the event each year. Okta, VMWare, Aptum, Proofpoint, Watserv, Optiv, and Trend Micro were among the sponsors this year. The CIO Association of Canada, Willis College, the University of Guelph, and Women in Cybersecurity were among those that backed the initiative.

Another distinct award is Canada’s top 10 women in fintech and blockchain celebration, where Canadian women making significant contributions to the advancement of these industries were acknowledged. Celebrating their successes may inspire other women to consider careers in FinTech and Blockchain,” says Fawn Annan, President & CMO of ITWC. “Showcasing the achievements of these leaders at this event will help connect and empower women in the rapidly growing FinTech/Blockchain sectors.”

Canada also has a summit specific to female pioneers, “Women in IT summit Canada”, a powerhouse panel of tech experts and D&I advocates who shared valuable recommendations on creating true diversity in IT. With that being said, it’s relieving to know that these women are being recognized and sharing their experiences as it might encourage and inspire other women that there is hope in joining the tech industry.

Being in the 21st century, it is crucial that action is taken to create more opportunities for women and that welcome their participation and acknowledgement. Here are some things to consider when trying to support women advance their careers:

Schools could also play a major role in empowering women. Schools should be paving the way for diversity and encourage girls to join math and coding clubs, while increasing the capacity in programs to make room for girls and women to pursue tech education later in university. Another thing to shed light on is acknowledging that women are facing these barriers in the workplace and raising awareness about careers in tech for women and working on changing the typical view of tech being a male dominated industry remains key. Companies should implement training programs on diversity and fair hiring processes if they have not as of yet and are a male dominant organization. Women are often overlooked for managerial positions because there are fewer of them in the workplace, but if more women are being hired for entry level positions, more women can also then be considered for promotions to managerial spots down the road. Having a diversity of opinions on tech company boards is incredibly important in today’s day-and-age.

Tech companies can stay ahead of the diversity curve by making sure their board members represent current population trends in the country when it comes to race and gender; ensuring that their boards are 50% women and people of color. Unconscious bias training can also play an important part since these programs are meant to reveal people’s prejudices and offer the required cognitive exercises and tools to overcome those tendencies. These training sessions have become a significant strategy in addressing the issue of workplace diversity. They often comprise several strategies such as counter-stereotyping and perspective-taking. In gender counter-stereotyping, trainees typically read strong writings by women discussing their difficult experiences with gender in the workplace. Furthermore, employees participate in a variety of exercises that highlight the problems that women face at work. Perspective-taking is a technique for increasing empathy in which trainees are told to imagine themselves in the shoes of another person. Unconscious bias training for workers and hiring managers contributes to a more diverse, sympathetic, and aware staff that supports one another.

Although the tech industry still has a long way to go with gender diversity and inequality, women will always be an ever-growing part of the tech world and continue to show a steady increase. Because the tech industry is a booming one, we can create more opportunities and hope for women to join and flourish in the industry with equality. Businesses also need to embed diversity and inclusion into company culture from day one and make sure everyone has equal access to all kinds of positions and projects. Women are starting to take more of a lead as a result of their persistent proactiveness over the years – leading to some taking one some truly influential roles as discussed above, but the ratio still needs work, but we are hopeful positive adjustments are possible and well on their way.

5 Worries About Returning to the Office & How to Ease the Transition
August 23, 2022

Go Green With Technology In The Workplace
June 23, 2022