The Tech Giants Who Won The Pandemic 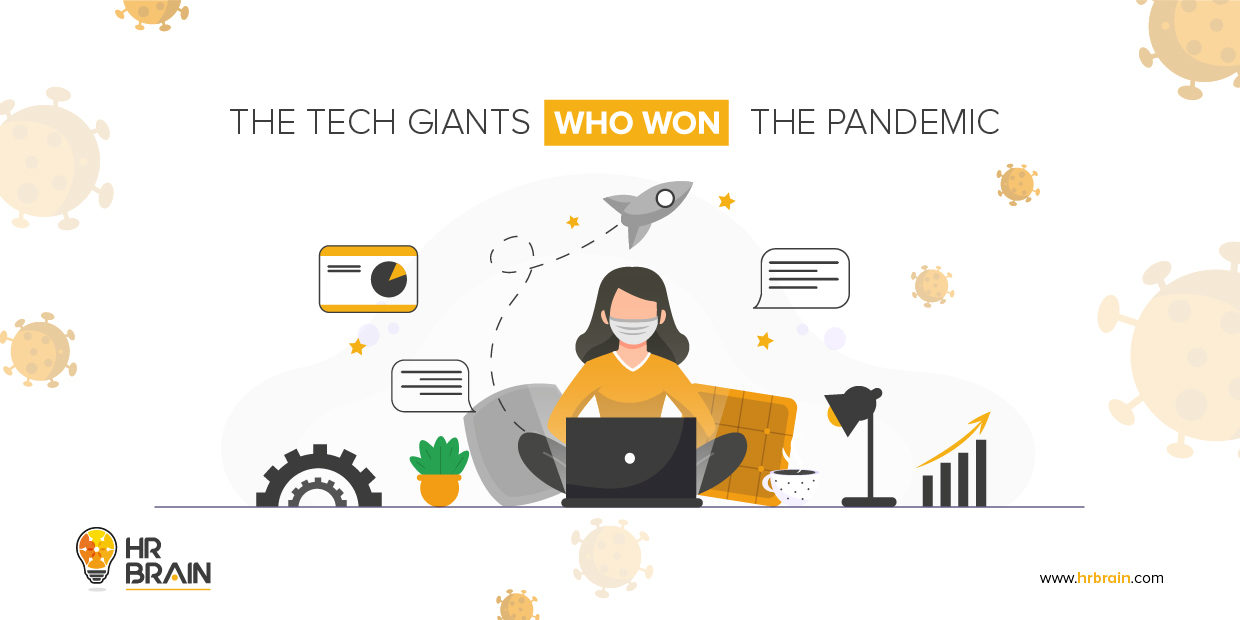 If you’re working in the tech-industry, you may be one of the lucky few who have not been faced with serious financial pains during the Covid-19 outbreak.

Almost every other industry has had to take extreme measures in order to stay in business during these times of uncertainty, some were shut down, some laid off staff, and projects across the board were put on hold.

There are a few whose businesses experienced a glorious leap – most have been tech-giants and a few other startups were able to turn tables. Today, we are taking a closer look of how they successfully managed to do so!

If the name doesn’t ring a bell, you might as well be using a flip phone to send emails. Zoom is the easiest platform to hold a meeting, they only had 10 million users in December 2019, yet reported more than 200 million daily users last March!

If you’re wondering how they became so successful there are two primary reasons. Unlike other video conferencing platforms Zoom is super easy to use and can be successfully utilized free of charge!

Whether you’re a fan or not, Netflix beat the competition by being on top of their digital marketing campaign and exceptional when it comes to the timing of sales and promotions. Especially with folks staying home for the last few months, listening to users reviews and global needs have become more crucial than ever. Netflix’s technology has also won subscribers over by expanding the content they have in order to serve people all over the world. Their number of subscribers jumped a whopping 32% during March only, and numbers have only continued increasing.

Unlike you and I, tech giants like Alphabet (Google’s mother company) are immune to the virus, matter of fact, google has not only declared a massive increase in their revenues, they have also participating in a Co-op with Apple and the government to develop APIs and an application to track down the virus outbreak.

But their real success came from sharing the same interest with people like us in regards to the COVID-19 outbreak, creating dedicated sections on most of their websites/ applications (Google search engine, Youtube…etc) covering the latest updates of the pandemic, increasing their number of daily users. Bravo!

Microsoft has reported a 15% increase in sales right after the outbreak, and they successfully remain to be one of the most publicly-traded company.

Now this could be because of many reasons – Xbox, LinkedIn and Microsoft dynamics were not their only hot money-making machines! The Office365 bundle also has 16% more subscribers, and their video conferencing software (Microsoft Teams) now has more than 80 million daily users, that’s why offering it for free during the pandemic was their best Covid-19-induced decision.

With everyone left in doubt of losing their job, or going broke, people have started thinking about creating a passive income on the side, or starting their own business. Given current times, what would be better than having your own E-commerce website! Getting a developer and maintaining a website could be a pain, which is exactly when Shopify can swoop in and make a difference. You run your own shop on their premade e-commerce platform, which they’ve been offering for free for a while now – for the first year at least.

Their success comes from relying on a very small commission on your sales, and a massive audience of online shoppers and retailers. In addition, they have been providing tools and resources for business affected by the virus.